how Disney truly understands the difference between translation and localization

Disney is for sure one of the most powerful and emotional brands in the world. I would know: I’m a big fan. how powerful do you have to be for people to associate the words “dream” and “magic” with you more than any other brand in the world – as research showed?

knowing and listening to the songs from Disney movies in three very different languages – French, Dutch and English – and sharing my passion for Disney with people speaking these three languages, got me to discover something amazing about how they adapt their content to local markets.

here’s the story: the first time this hit me was as we were doing a blind test of Disney songs in my car as we were heading from Brussels to Disneyland Paris. I chose to use a playlist where the songs were in English when everyone in the car was French-speaking and grew up watching Disney movies in French. odd. I know. but over the last 10-15 years, I’ve only watched Disney movies in English. so it felt like a natural choice. what happened was worth recording, even if I didn’t.

since the five people in the car were all Disney fans, most of the songs were recognized in their first few notes. no need for lyrics. and the love – or indifference – for the associated movie was directly expressed. but as the lyrics started, everyone would start signing in his/her language of choice. of course, some would point out the fact that the song was in English when they only knew the lyrics in French, but they would sign nonetheless. and they would love it. the overall noise level in the car would have been horrifying to any external observer even with the recognizable melody. but to all the participants in the car, it was a fun, emotional and sometimes nostalgic experience. and I’ve replicated this experience with many friends and even with my 10-year-old nephew. he loved it even more as he can’t even recognize any English words.

now yes, the emotional connection with the songs and the movies they come from was obvious. but why was it so strong and so deep across all those languages when it is not for most things that are originally designed in English and then just translated into other languages?

well, that’s because they were not just translated. they were rewritten. they were localized.

if you look at the lyrics of Disney songs in different languages, you will very quickly realize that they do not use the same words. even though they mean the same thing, or play the same role in the storyline of the movie. and that is the difference between translation and localization.

while translation will look for the equivalent term in another language – usually independently from its more emotional or cultural connotations; localization would look for the best way to convey the same meaning in a specific context or experience, according to what makes the most sense locally and culturally. Disney even goes to the extend of finding local equivalents for the names of their heroes and places so that local audiences can relate better to the characters and to the overall story.

and so, to Disney, using a rich and meaningful melody as the common mood thread across cultures, their lyrics need to convey the same meaning and add the same value to the storyline and overall experience. not just being available in a different language.

not everything needs to be localized though. some of your dryer content like functional tutorials could just be translated. it’s a trade-off that needs to be looked at from a resource and priority perspective, and that should be part of your content strategy from the very beginning. but everything you want to infuse with deeper meaning, with emotions, with your brand… should be localized. not just translated. 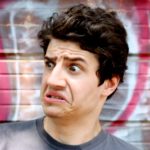 we tend to over-index on words. there are more human... 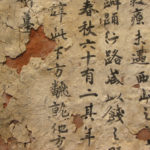 there is a big difference between being available in a... 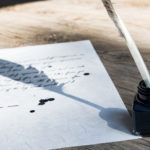 in this overwhelming world where everyone seems to be shouting... 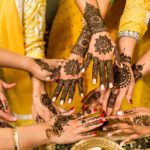