the first time I realized how messed-up french was – keeping in mind that it is my native language – is when I was trying to learn danish. I lived in Denmark for a few months and I had heard that learning a language can help someone understand how its native speakers structure their thoughts. So since danish people seemed slightly weird to me, I decided to try to learn their language.

and as I was learning it, frustration became a very familiar feeling. not only is danish apparently one of the most difficult languages to pronounce, but I couldn’t understand how a language would pronounce the same letter differently according to the letter that precedes or follows it. that just seemed to make absolutely no sense to me. until then, I had only learned dutch and english as foreign languages which pronounce letters almost always consistently. then, one morning, sitting on the bus going to classes, I realized that french was even worse at it! a word like “new” in french is written “nouveau” and pronounced “nuvo” for example. that makes almost half of the letters somehow useless. it shocked me so much that I still remember very clearly where I was at that moment.

it is since then that I have started enjoying the logic and intricacies of languages and how they work. and I’m not talking about mastering a vocabulary. but much more about their grammatical structure, in which order the words appear, the alphabet they use, their expressions, their pronunciation, the way they sound in songs, etc. for example, french tends to always structure sentences as follows: subject-verb-complements. however, a language like dutch often places the verb at the end of a sentence. this actually makes dutch people better listeners as they are used to having to listen until the end of a sentence to understand what actually happened.

it brought me to the point that when someone tells me french is such a beautiful language, I don’t really welcome them with pride, but more with skepticism. is there beauty in its complexity? but it’s my mother tong. so I’ve grown up with that complexity. and other languages seem more interesting to me. italian sounds better. english or dutch are much simpler. the meaningful symbols that some asian languages use seem to make more sense than our intricate letter combinations. arabic characters look like art.

so no language is better than any other. just like no culture is better than the other. they are different, value different things, structure things differently. they all have their own logic and weirdness. and it is by comparing them that those become obvious, and that you can get to better understand your own, and how it impacted who you are and how you think. 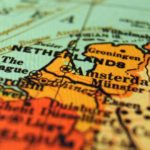 when it comes to emotions, opinions, preferences and many other... 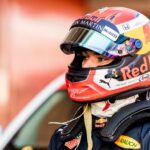 Pierre Gasly, Formula 1 racing driver and winner of the... 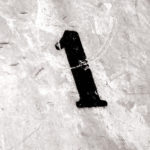 I just heard a story about a language that doesn't... 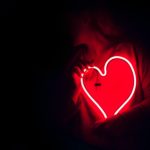