if you are a Formula 1 fan or if you have watched the Netflix series “Drive to survive”, you most definitely have taken note of the new kids on the paddock. a fresh generation is making room for itself on the racetracks, driving the fastest cars in the world like they were born behind the wheel. among them is 24-year-old French racing driver, Pierre Gasly.

the young Frenchman, although not a Schumacher or a Fangio in terms of driving performance, has an interesting story to tell, nevertheless. currently competing for AlphaTauri (the sister team of Red Bull Racing), this is Gasly’s second year in Formula 1, having gained an impressive amount of experience in a very short time. and it is precisely the path that led him to AlphaTauri that should be of interest to you as a branding expert – because of the lessons you can learn for both your brand and your team (and even for your entire organization).

first of all, let’s get on the same page about some race-specific details, by understanding the team mix on the grid and focusing on what kind of teams AlphaTauri and Red Bull Racing are.

although the two teams belong to the same company (Red Bull), they could not be more different when it comes to their brand image and, implicitly, to their overall culture. in fact, in Formula 1, the outer brand of a team is strongly defined by the practiced inner culture. that is why you will sense a different vibe coming from the Ferrari group compared to, let’s say, McLaren. Ferrari exudes power, luxury, masculinity, individuality, and arrogance. as mentioned in the “Ford v Ferrari” movie from 2019, “Ferrari means victory”. this, of course, has an impact on how the Ferrari team does things, deals with situations, and inevitably, creates a brand for itself.

McLaren, on the other hand, derives its ethos from the demeanor of its founder, Bruce McLaren. performance, passion, teamwork, respect for the car and the driver are the daily does over at McLaren Racing. they work on bringing an elite car on the track without being elitist themselves.

a similar attribute comparison can be made in the case of sister teams, Red Bull Racing and AlphaTauri. the latter is the secondary team in the mix, embracing a more McLaren-ish way of being. people working in AlphaTauri are part of a more discrete environment. since they are a smaller squad, they have developed a cozy, all-for-one-one-for-all kind of spirit, which makes them appreciate each member more as family. in stark contrast, the Ferrari attitude and stardom are borrowed by the big boys at Red Bull Racing. their team and brand dynamics are centered around fierce competition, pushing situations and each other to the limit, putting more pressure on their people to outperform their peers and themselves. when you are around the UK-based motorsport team, you can feel the high adrenaline coupled with the even higher standards that define their modus operandi. in Red Bull Racing, you either keep up with the circus, or you step down and do something else, somewhere else. that is where Gasly’s story comes in play.

the young Frenchman joined the Formula 1 racing rock stars on October 1st, 2017 at the Malaysian Grand Prix as a driver for AlphaTauri, better known under their original name, Toro Rosso. from being one of the last men on the grid to ending on fourth place in the 2018 Bahrain Grand Prix, Gasly’s talent and steady growth were beginning to be noticed by fans and race managers alike.  in 2019, the hard work, grit, and consistency paid off, as Gasly was offered a seat in the prestigious Red Bull Racing team next to star driver, Max Verstappen. The team manager, Christian Horner, caught the spirit of the move by saying: “Only one season with Toro Rosso, he’s been promoted perhaps a little earlier than we would have ideally liked but there is never a perfect time. You’ve got to grab that opportunity which he now has.”

of course, Gasly now needed to step up his game. he found himself as the second driver of a global top 3 racing team, surrounded by world class engineers, strategists, a full marketing department, and a fierce and talented colleague in the other car. there were more demands, more pressure, more to learn. things would prove to be completely different than previously experienced in AlphaTauri, from the car itself to, eventually, Gasly’s performance.

the 2019 racing season had a rocky start for the Frenchman. Already in the testing phase of the car, Gasly managed to crash twice, ending up in the track barriers in Barcelona, Spain in the penultimate day of testing. he wasn’t taking any time off his teammate, Max Verstappen, hitting an average deficit of 0.890 seconds in qualifying compared to the Dutchman (in racing, that is a big amount of time, especially when you are driving the same car). with Gasly earning only a third of the points in the drivers’ ranking compared to his teammate, and being the slowest driver overall from all the top 3 teams (Red Bull, Mercedes, Ferrari), it was just a matter of time until Gasly’s Red Bull career would hit rock bottom. and that time came on August 12th, 2019, in the middle of the season.

although the team manager repeated throughout the season that he wants to give Gasly the benefit of the doubt, and that the whole team would have his back to allow him to grow, his winning-streak hunger (something usual for Horner) overruled the initial comments about the Frenchman. that is how Pierre Gasly found himself in the difficult position of being demoted back to AlphaTauri, Red Bull’s secondary racing team. although the media portrayed this moment as shocking, the entire sequence of events was predictable. all Gasly had to do was look at whether or not he was going to fit into Red Bull’s demanding environment.

Gasly is an ambitious driver, willing to put in the work, test his limits, and try to move the car up the rankings in a race in any way possible. but his eager nature needs to be balanced out by a supportive atmosphere. instead of having a fired-up coach screaming at him to push things further, faster, harder, Gasly’s natural personality would have benefitted from a gentle, yet steady father figure in terms of handling. one can see how much the Frenchman thrives in family-oriented team dynamics, compared to the more individualistic, rock-star ethos of Red Bull. this can be best noticed from Gasly’s driving style, which was characterized as “too aggressive for Red Bull”. he would push the car to limits that neither he, nor the car could handle. this matter of handling pressure by bringing one’s self to the edge in a destructive fashion happens when there is a lack of balance between an overly-competitive team setting and a personality that still needs to grow in order to be self-confident and not succumb to pressure. for his teammate, Max Verstappen, the development process, and his efforts to get into the vibe of the team felt smoother. that is due to his character, which is the polar opposite of the Frenchman’s, and fits the Red Bull environment like a charm. Verstappen is hotheaded and unapologetic. he loves to take risks and does not care about what others have to say about him. if he fails (which he was known to do when he would go for some risky moves on the track), he takes full responsibility and quickly tries to learn and adapt for his next try. adrenaline and track-talent are inherent for the young Dutchman. for him, Red Bull was his thriving home. Gasly had the exact scenario going for him at AlphaTauri. but he couldn’t make that happen at Red Bull.

usually, when a race driver is demoted due to lack of performance, the event triggers a deeply emotional inner journey. one can feel anger, shame, frustration, disappointment, despair. add the external attention coming from being a public figure, and you have the perfect recipe for personal disaster. Gasly definitely went through his fair share of emotional turmoil, but he eventually understood the situation. in the end, coming back to the team where he started marked the beginning of a humbling, hero-story-inspired path, that actually set him up for his first Formula One victory, which happened last Sunday at the Italian Grand Prix.

you might be asking yourself at this point: why does Pierre’s story matter for branding?

the answer is commonsensically simple: matching the culture that is tied to your brand matters for your brand’s radiance. this idea, which I call the Gasly effect, is no minor detail that you can skip over. just like in the case of the French racing driver, every little mismatch does eventually contribute to some kind of decline – in perception, brand valuation, and even in your brand’s existence. the good news is that the principle behind the Gasly effect can be applied to both the different layers of your brand strategy and to the people involved in making things happen. for example, is your brand manager the right person for the job (you can include yourself in this question too)? do they understand the brand’s core and are they able to release its creative potential out into the world? are the fans of your brand the right ones to push your communications and innovation efforts forward in the right way? is your brand on par with who you really are as an organization or as a professional? or is the distance reminding you too much about Gasly’s time at Red Bull?

use the Gasly effect to rewire your core-radiance relationship for your brand and get yourself (back) on track to reach whatever goal you set up for your brand. like this, you’ll be getting closer to your own champagne moments. 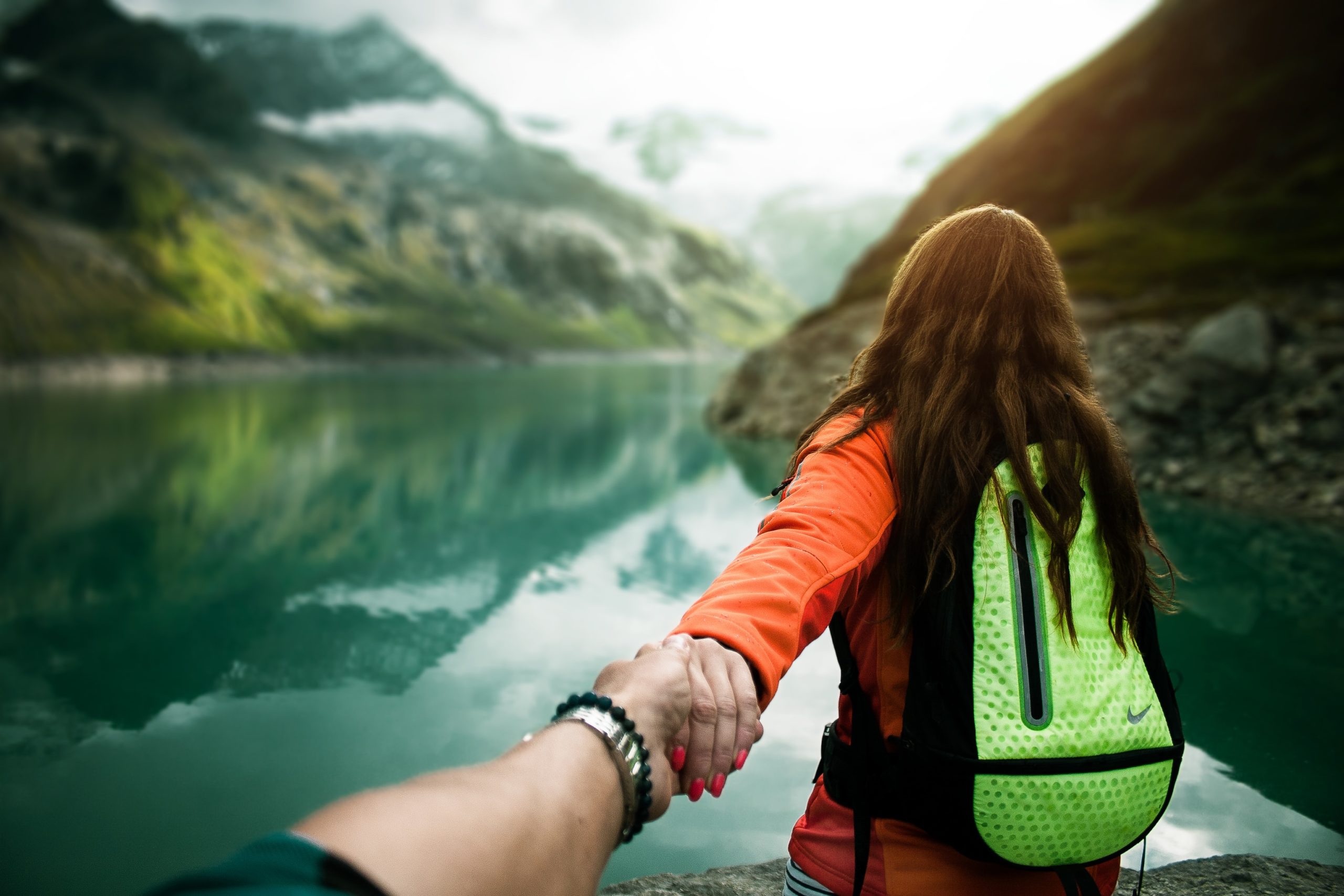 guiding or manipulating? the spectrum of influence. I once read... 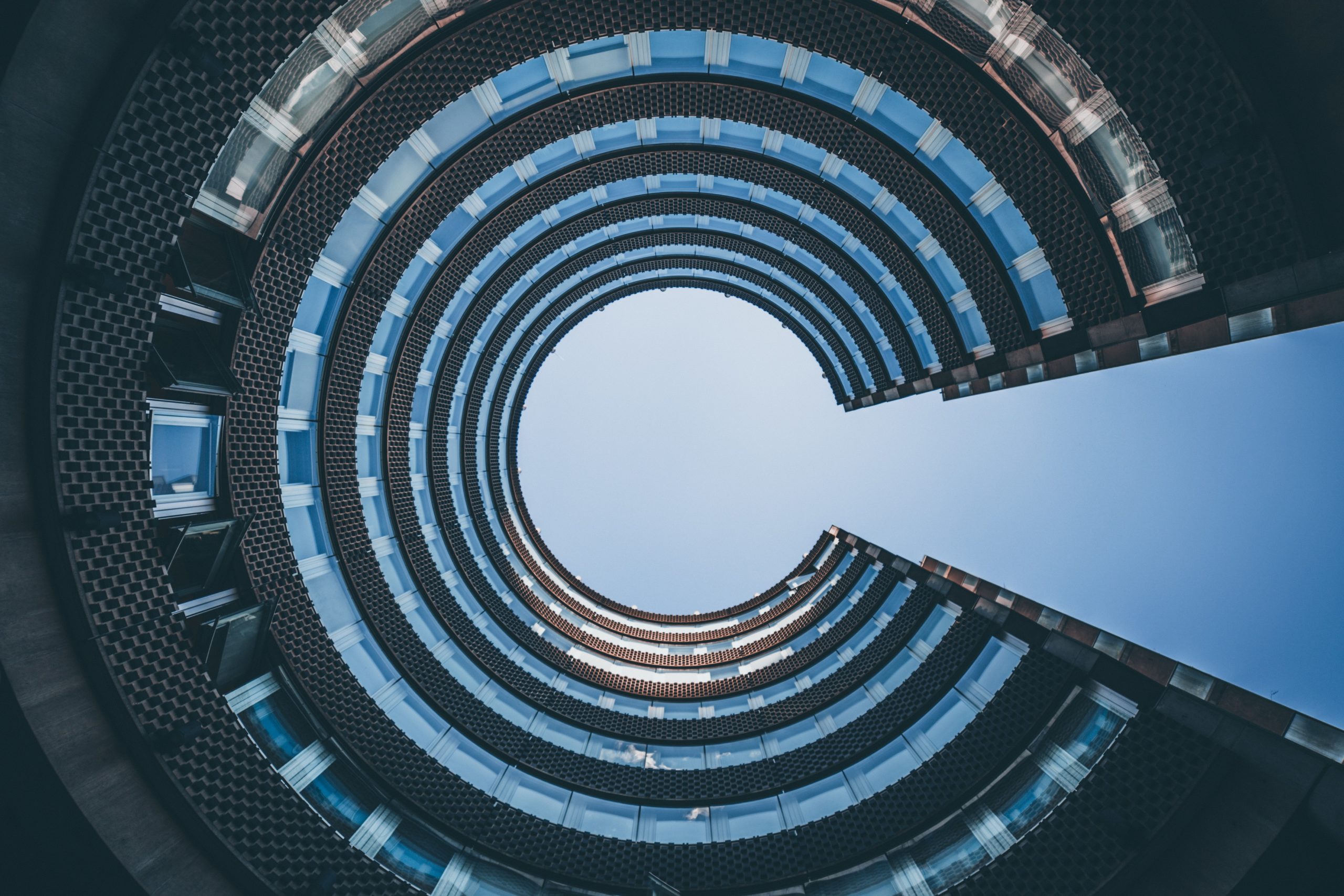 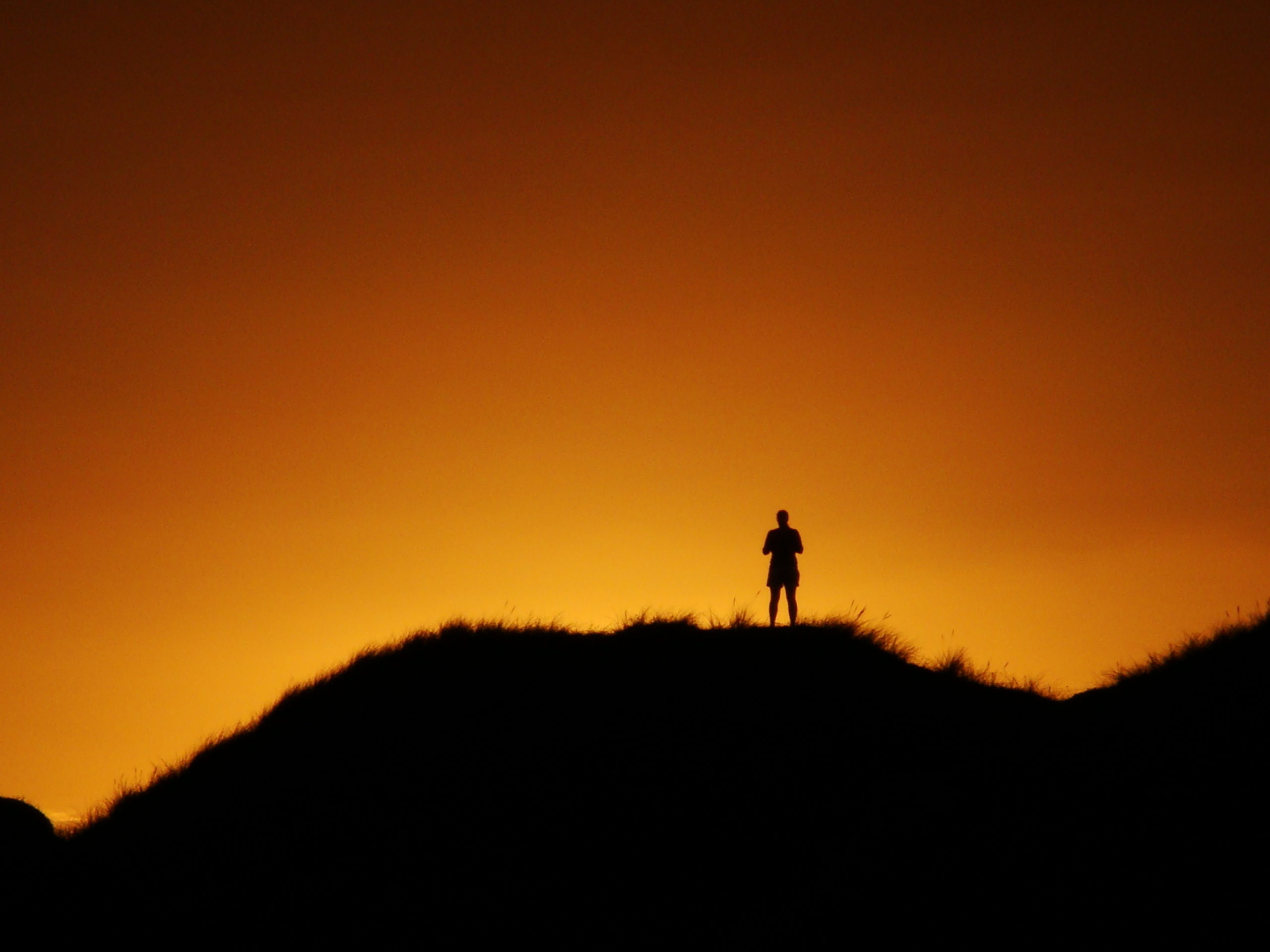 brands can become much more meaningful when they stop considering... 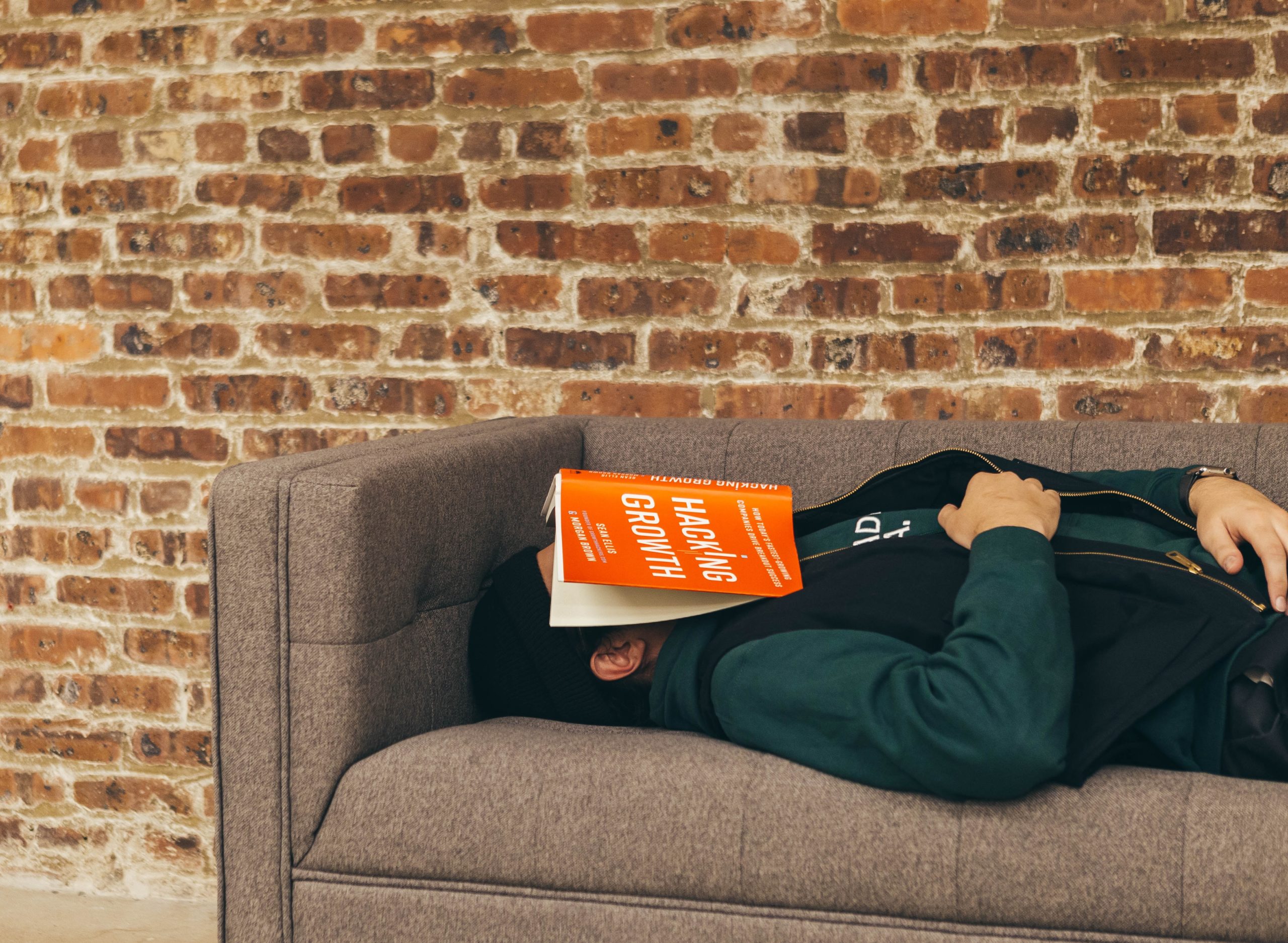 in today's growth-obsessed world, being yourself as a brand in...